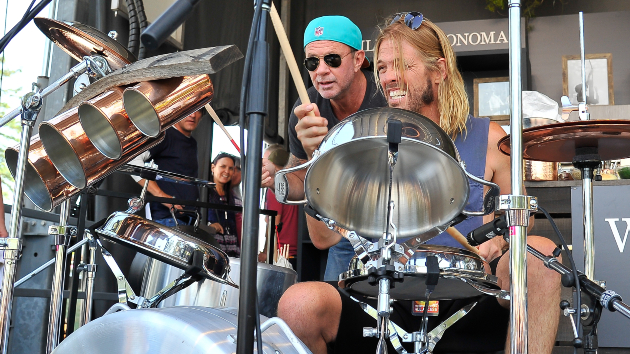 A charity fundraiser turned into a veritable Lollpalooza in Malibu, California, over the weekend.

Rockers including Taylor Hawkins of Foo Fighters, Chad Smith of Red Hot Chili Peppers, Tool‘s Danny Carey, and Queens of the Stone Age‘s Josh Homme and Troy Van Leeuwen all jammed together during the event, which raised money for the Malibu Elementary School arts program.

The all-star band also included Jane’s Addiction bassist Chris Chaney, and Ozzy Osbourne producer Andrew Watt on guitar. You can check out footage from the concert via an attendee’s Instagram.

While you probably didn’t get the attend the show, you can still listen to Hawkins and Chaney play together in the group NHC with the bassist’s Jane’s band mate, Dave Navarro. Chaney is also part of Pearl Jam frontman Eddie Vedder‘s solo band The Earthlings, alongside Smith and Watt.