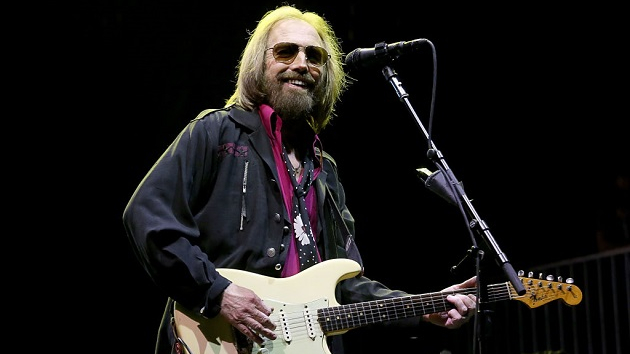 The University of Florida has awarded the late Tom Petty an honorary doctorate of music.

The Tampa Bay Times reports that the school’s board of trustees voted unanimously on Friday to present the special degree to Petty, who was born and grew up in Gainesville, Florida, where the university is located.

According to the newspaper, University of Florida provost Joseph Glover read a motion to award the doctorate to Petty, who died in 2017 at age 67 of an accidental drug overdose.

During his declaration, Glover mentioned a variety of Tom’s career achievements, including induction into the Rock & Roll Hall of Fame, three Grammy awards, a MusiCares Person of the Year honor, the ASCAP organization’s Golden Note Award, Billboard magazine’s Century Award, and a U. of Florida Distinguished Achievement Award.

“Petty…is widely considered among the most distinctive and influential musicians of the past 50 years,” Glover said. “His presence remains significant as seen by abundant radio airplay and the popularity of events in his honor, such as the Tom Petty birthday bash held annually in Gainesville.”

The provost also noted that Petty’s solo hit “I Won’t Back Down” “has become a mantra at athletic events” at the university, and that he personally heard the school’s president, Kent Fuchs, sing it.

Later on during the meeting, Fuchs announced that Petty’s music will be played after the university’s fall commencement events later in December.

A video of the University of Florida trustees board meeting can be viewed at Trustees.UFL.edu. Glover’s reading of the motion to honor Petty begins around the 54-minute mark.

Petty never attended the University of Florida, but according to FloridaGators.com, he worked as a groundskeeper at the school while pursuing his music career. He later performed at the university in 1993 and 2006.