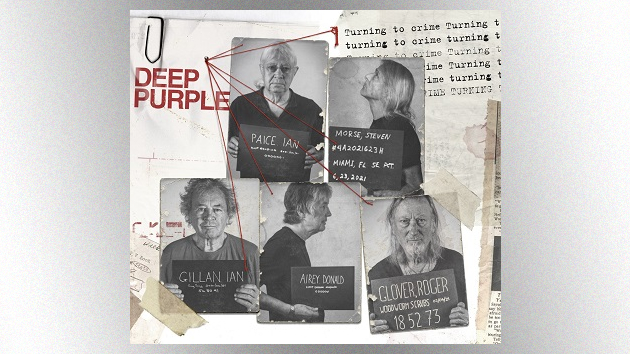 Founding drummer Ian Paice tells ABC Audio that impetus behind the project was the COVID-19 pandemic, which kept the band from touring and from working together on new music in a studio.

“So what do you do? You just can’t sit on your a** all day long, all month long, all year long,” Paice notes. “And if you can’t get together with your pals to write new music, then play some old music…and choose pieces which were important to you for different reasons.”

Paice says the band members settled on the tunes democratically, and recorded the album remotely.

“I was worried at first that it would sound like five guys in different parts of the world, but it doesn’t,” Ian admits. “It sounds like five guys in a room having fun. And once I realized it was gonna have that collective feel, I was really happy with just getting the project as good as we could get it.”

Paice says “Dixie Chicken” was one of the songs he picked, noting, “I love the band, but also, [I’m a] great fan of [drummer] Richie Hayward…[He’s], just a feel-groove merchant.”

Ian also was quite happy with Deep Purple’s version of “Oh Well.”

“I think [guitarist] Steve [Morse] did a wonderful job,” he says. “He married…the Peter Green bit with a bit of Jeff Beck-ism at the end.”