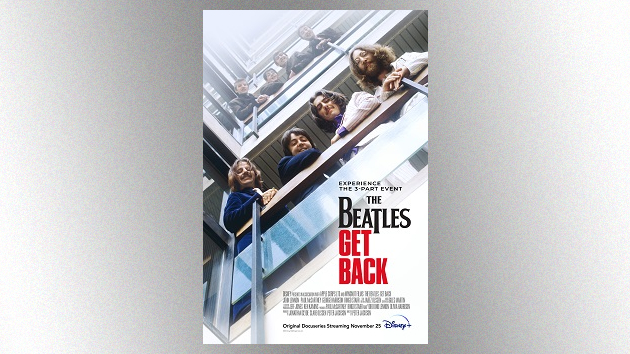 The project that Beatles fans have anxiously awaited for years finally is set to arrive this week. The Beatles: Get Back, the three-part, six-hour docuseries directed by Lord of the Rings filmmaker Peter Jackson focusing on the January 1969 sessions that yielded the Let It Be album, premieres this Thursday, Friday and Saturday on Disney+.

As previously reported, the series was created from dozens of hours of previously unseen footage shot for what became the film Let It Be, but while the 1970 movie zeroed in on the tensions between the band members during the sessions, Get Back offers a more well-rounded look at The Beatles’ relationships as they came together to create that music.

Jackson’s longtime film editor Jabez Olssen, who worked closely with Peter on Get Back, tells ABC Audio that it quickly became apparent watching the footage that the band was getting along much better than had been previously portrayed.

“This is four guys who still very much get on with each other, are joking around, having a good time,” Olssen notes. “They have…disagreements and constructive conversations, but this is not a breakup film and this was not a breakup period in The Beatles’ lives.”

Perhaps the centerpiece of the series is the entire 42-minute impromptu concert of The Beatles’ played on the roof of Apple headquarters on London’s Savile Row.

Olssen says the segment offers “the best footage of The Beatles playing live that there is,” explaining, “You’re in the front row. They’re playing great. You can see them really well…[It] feels so personal and in your face.”

He adds, “To see how well they play and how happy they are and the buzz that they come out of it with, it really is a moment of triumph for them.”