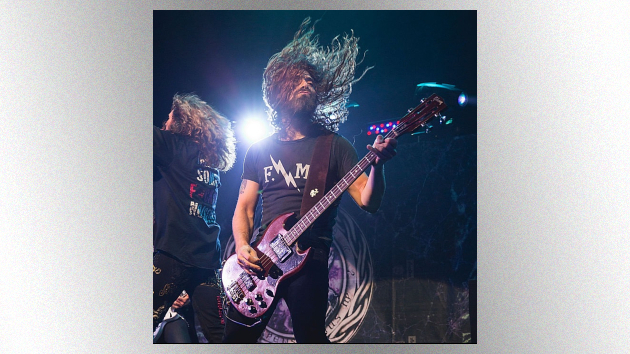 Whitesnake has parted ways with bassist Michael Devin, who’s been a member of the band since 2010.

The David Coverdale-fronted rock group announced the news Sunday in a post on the singer’s and his band’s social media pages.

The message reads in part, “WHITESNAKE & bassist Michael Devin have decided to go their separate ways after an amazingly successful decade together…We all wish Michael every success in his life & all his endeavours…We sincerely thank him for being part of our journey & for all his exceptional gifts he brought to WHITESNAKE…God speed, Michael…Know we love you & will miss you…& we wish you well. Once a snake…always a snake.”

The band also revealed that it’s “secured a new bass player who will be announced very soon.”

Last month, Whitesnake released a deluxe 25th anniversary reissue of their 1997 studio album Restless Heart. The band currently is scheduled to return to touring next year for their first time since the start of the COVID-19 pandemic, with a European leg that kicks off May 10 in Dublin, Ireland.