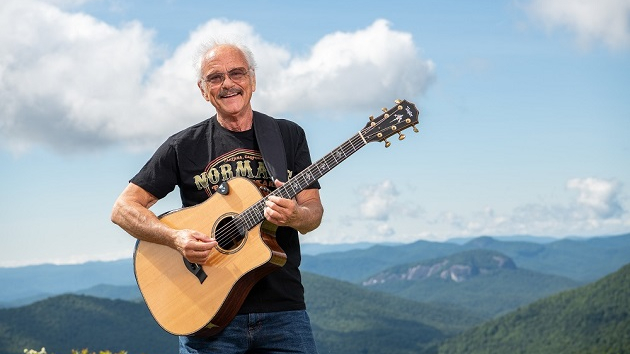 Here’s wishing a very happy 80th birthday to singer/songwriter Jesse Colin Young, who came to fame as the frontman of the popular folk-rock band The Youngbloods.

The Youngbloods are most famous for their 1967 rendition of the oft-covered Chester Powers-penned peace anthem “Get Together.” Upon its initial release, the song only reached #62 on the Billboard Hot 100, but it was re-released in 1969 after it was used in a religion-themed TV and radio campaign and wound up going to #5 on the chart.

Young also wrote many original songs for The Youngbloods, including the popular 1969 tune “Darkness, Darkness,” which was later covered by various artists, among them Mott the Hoople, Eric Burdon, Robert Plant and Ann Wilson.

Jesse had released a couple of solo albums before The Youngbloods were formed, and after the band broke up in 1972 he went back to his solo career.

His most successful solo effort was 1975’s Songbird, which peaked at #26 on the Billboard 200. His most recent collection of new songs is Dreamers, released in 2019.

Last year, Young teamed up with Steve Miller for a new version of “Get Together” that was released as part of the WhyHunger charity’s SongAid campaign. Young also recorded a new rendition of the tune with acclaimed ukulele player Jake Shimabukuro that appears on the latter artist’s new collaborative album Jake & Friends.

Young’s newest single is a cover of the 1971 Cat Stevens tune “Trouble” that Jesse recorded as a duet with his daughter, Jazzie Young.

The track, which is available now via digital formats, celebrates the 50th anniversary of Harold and Maude, the quirky film that featured “Trouble” on its soundtrack.

You can check out a music video for the duet at Young’s official YouTube channel.