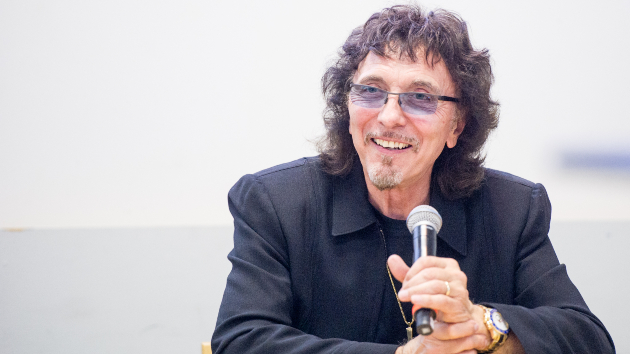 Tony Iommi has been rocking for a long time, but not for nearly as long as the fossil that’s been named after him.

As previously reported, a team of scientists announced last month that they’d discovered a 469 million-year-old fossil, which they deemed Drepanoistodus iommii in honor of the Black Sabbath legend. Now, in a video for Westside BID in his hometown of Birmingham, England, Iommi has shared his reaction to the news.

“It was a real shock to hear that a fossil’s been named after me,” Iommi says. “I’ve had a bit of abuse from my friends about it who’ve enjoyed calling me an old fossil, but I think it’s great, a real honor.”

“This has to be the weirdest thing that’s ever been named after me,” he adds. “But I’m really proud of it.”

The clip also features Iommi posing with a photo of the fossil on the Black Sabbath Bridge in Birmingham, as well as a video call with scientist Mats E. Eriksson, a member of the discovery team.

“I wanted to thank Mats and his team in person for being such brilliant fans,” Iommi says.