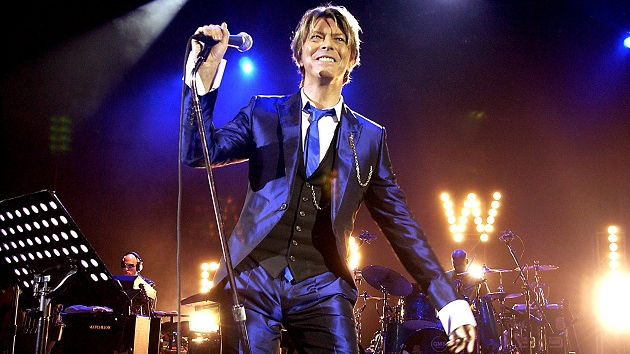 A top-secret David Bowie film project being put together by director Brett Morgen from thousands of hours of rare performance footage of the late rock legend is nearing completion, sources have confirmed to Variety.

Morgen, whose previous films include the 2012 Rolling Stones documentary Crossfire Hurricane and 2015’s Kurt Cobain: Montage of Heck, has been working on the as-yet-untitled Bowie movie for four years.

Variety reports that a source close to the production describes the flick as “neither documentary nor biography, but an immersive cinematic experience built, in part, upon thousands of hours of never before seen material.”

According to sources, in addition to directing, Morgen is involved in the writing, editing and production of the movie, which will focus on live performance footage. The filmmaker also is said to be considering releasing the film in IMAX theaters.

Bowie’s longtime producer Tony Visconti is serving as the movie’s music producer, while the Oscar-winning sound team that worked on the Queen biopic Bohemian Rhapsody is mixing and designing the film.

Morgen personally acquired the rights to use the Bowie footage, and the project is being made with the full cooperation of David’s estate.

Variety notes that the film could possibly get its premiere at the 2022 Sundance Film Festival, which is scheduled kick off January 20, less than two weeks after the fifth anniversary of Bowie’s death and what would’ve been his 75th birthday.

Last month, Bowie’s estate launched a planned yearlong celebration commemorating the 75th anniversary of his birth. David was born on January 8, 1947, and died on January 10, 2016, at age 69.