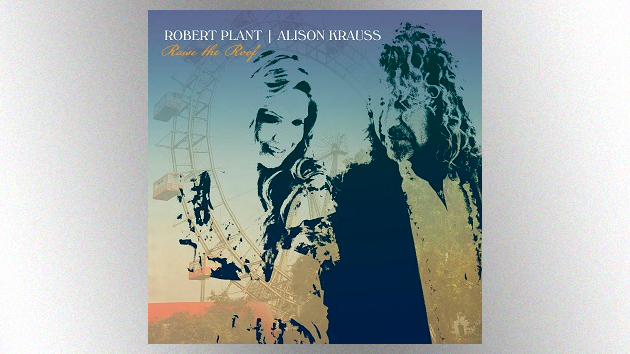 Robert Plant and Alison Krauss have announced a livestream performance to celebrate the release of their upcoming collaborative album, Raise the Roof.

The virtual event is set to premiere the same day Raise the Roof arrives, Friday, November 19. It will feature the debut performances of several of the album’s songs from Sound Emporium Studios in Nashville.

You can tune in to watch via both Plant and Krauss’ YouTube channels starting at 1 p.m. ET.

Raise the Roof is the Led Zeppelin singer and acclaimed country-bluegrass artist’s second joint album, following 2007’s Grammy-sweeping Raising Sand. The record is primarily a covers collection paying tribute to “legends and unsung heroes of folk, blues, country and soul music,” although it does include one original called “High and Lonesome” that Plant co-wrote with producer T Bone Burnett.

Along with the livestream, Plant and Krauss will mark ﻿Raise the Roof﻿’s arrival with performances Friday on ﻿CBS Mornings﻿ and ﻿The Late Show with Stephen Colbert﻿, and Saturday on ﻿CBS Saturday Morning﻿.

You can pre-order Raise the Roof now.