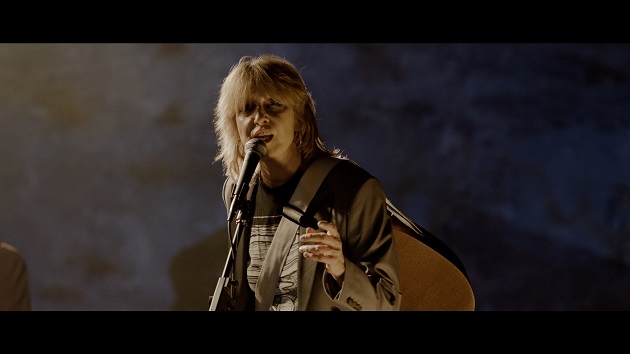 The film, Tomorrow Is a Long Time: Chrissie Hynde Sings Bob Dylan, features Hynde, Pretenders guitarist James Walbourne and producer Tchad Blake discussing the project, which came together over the course of 15 weeks in 2020 during the COVID-19 pandemic, and includes renditions of nine Bob Dylan songs that Hynde recorded remotely with Walbourne.

The documentary also captures Chrissie reflecting on her appreciation for Dylan’s songs and her own passion for songwriting and shows off some of her personal paintings, as well as features footage of her and Walbourne performing many tunes that appear on the album.

You can check out a preview clip of the program on YouTube that features Hynde musing about whether rock ‘n’ roll has any rules, as well as Hynde and Walbourne performing the 1983 Dylan song “Sweetheart Like You.”

“You know, in rock ‘n’ roll, there’s rules, but there’s no rules,” Chrissie maintains in the clip. “I mean, to me…my version of rock ‘n’ roll is very different from someone else’s version. To me, it was anti-establishment…expressing yourself, doing your thing and kind of going against the establishment. For me personally, there wasn’t anything else. There wasn’t a rule.”

Standing in the Doorway was released this past May as a digital download and via streaming services on May 21, while CD and vinyl-LP editions followed in August.

Before the album’s release, the tracks premiered, one by one, along with a series of companion videos at The Pretenders’ official YouTube channel.