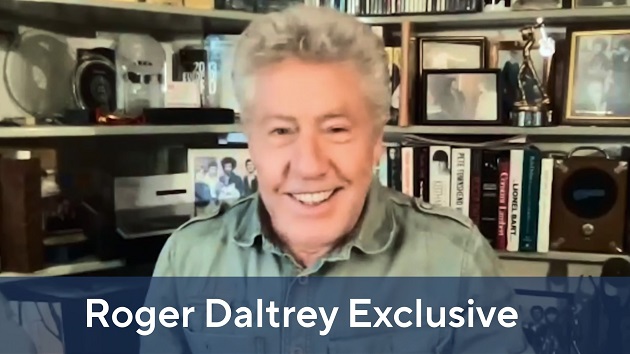 In a new video interview posted at the Coda Collection website, Who frontman Roger Daltrey discusses a wide range of topics, including how he his feels about the possibility of the U.K. rock legends making another album.

Daltrey admits that he isn’t enthusiastic about a new album project because he doesn’t think it would make any money. “There’s no point in making any music if you can’t earn a living out of it. For me anyway…[W]hat’s the point,” he declares. “On the last record [2019’s WHO], it cost me money to make it. I don’t see the point in doing much of that, you know? I’m too working class for that.”

Roger continues, “I don’t know whether we will ever make any more new music, but I never say never. Let’s put it that way.”

Daltrey then comments that he only speaks to Who band mate Pete Townshend “once a year.” He adds, “I haven’t seen him for two years. I miss him, seeing him. Always enjoy seeing him. But we’re not that kind of friend. We don’t need to be. We know we’re there for each other. I’ve always been a bit of a loner anyway.”

“I know what he means, but The Stones have written some great songs,” Roger maintains. “But they are in the blues…format. It’s like comparing cheese and apples. They’re both very tasty, but the cheese does one thing and the apple does another.”

Check out the full Q&A at CodaCollection.co, which is the companion website for Amazon Prime’s music-themed pay streaming service, The Coda Collection.