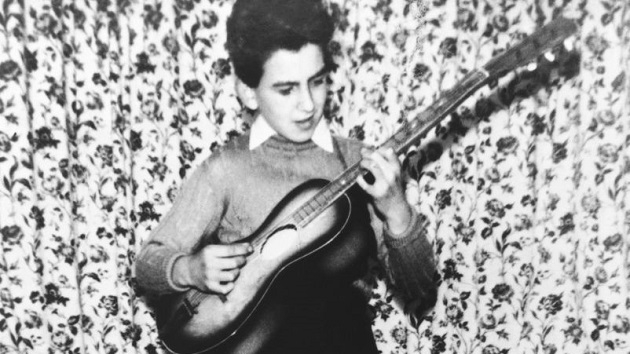 A house in the Liverpool, U.K., suburb of Speke where George Harrison lived while growing up will be auctioned off on November 30 by the Omega Auctions company.

While living at the house, George met Paul McCartney and John Lennon and was asked to join their band The Quarrymen. That group and, later, The Beatles, frequently rehearsed at Harrison’s home.

A number of features dating back to when Harrison lived at the house remain intact, including a bath, a sink, some of the original doors and hanging rails in wardrobes, as well as a kitchen dresser unit found in one of the outbuildings in the property’s backyard.

Omega Auctions points out that the buyer would be able to apply for a blue plaque, which acknowledges that a site is of historic U.K. significance, starting this month.

The home will be available for viewing by appointment during the two weeks leading up to the auction.

A video featuring photos of the house, as well as vintage pics of Harrison taken in and around the home, has been posted on the Omega Auctions’ official YouTube channel.