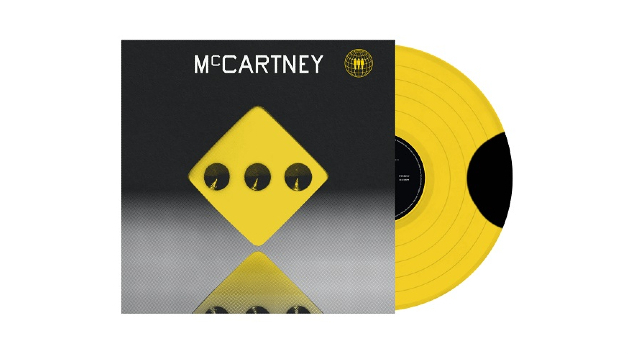 To created the limited-edition LP, Third Man Records — the label co-founded by White Stripes frontman Jack White — melted down crushed-up copies of the former Beatles legend’s 1970 debut album, McCartney, and his 1980 studio effort, McCartney II. As its name suggests, only 333 copies of the McCartney III “333 Edition” LP were produced.

Sheffield discusses how McCartney recorded the new album during the COVID-19 lockdown and envisioned it as the third installment of a trilogy, along with McCartney and McCartney II. As previously reported, Paul wrote, recorded and produced all three albums almost entirely by himself.

Explaining the idea behind the creation of the limited McCartney III LP, Swank notes, “When I started discussing this with Paul’s manager, he said, ‘Let’s destroy the old to make the new.'”

Near the end of the video, Swank says, “I hope that the philosophical idea of something new growing out of something old, a metaphorical rebirth, as well as a physical rebirth for this vinyl, I hope that comes through to people. Maybe you can’t hear it, but it’s there.”

In addition to the “333 Edition” of McCartney III, Third Man created a “3333 Edition” pressed on yellow-and-black splatter vinyl that was released released exclusively to independent record stores, limited to 3,333 copies worldwide.