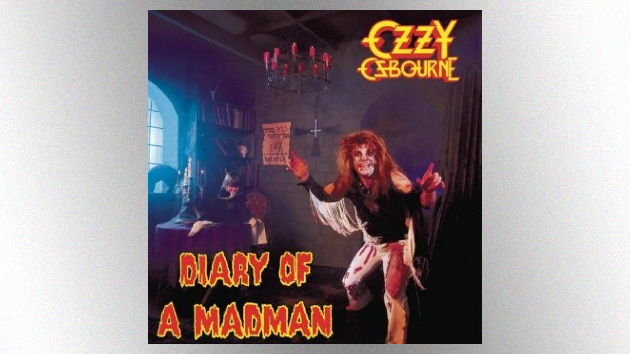 Ozzy Osbourne has announced a digital reissue of his 1981 solo album Diary of a Madman in honor of its 40th anniversary.

The expanded collection is due out November 5 — two days before its actual anniversary on November 7 — and includes bonus live versions of the songs “Flying High Again” and “Believer,” which were previously unavailable digitally.

Diary of a Madman was Ozzy’s second solo album, and his last to feature Randy Rhoads before the guitarist’s untimely death in 1982.

Fittingly, the reissue will arrive a week after Rhoads is inducted into the Rock & Roll Hall of Fame with the Musical Excellence award.

This year, Ozzy also released digital reissues of his solo albums ﻿No More Tears ﻿and ﻿Down to Earth﻿ for their 30th and 20th anniversaries, respectively.