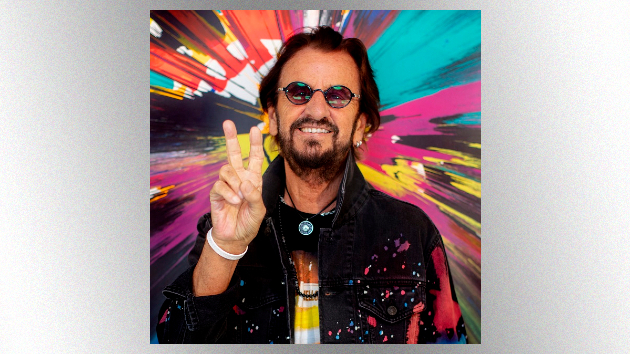 Are you ready to rock ‘n’ roll with Ringo Starr? The famed ex-Beatles drummer has debuted a music video for his new cover of the Bill Haley and His Comets classic “Rock Around the Clock,” which appears on Starr’s recently released Change the World EP.

The video, which you can check out on YouTube, features footage shot at Starr’s Roccabella West home studio of Ringo singing and playing drums, as well as Walsh doing his thing on guitar.

Ringo says he decided to record his own version of “Rock Around the Clock” because he was reminiscing about the impression the song had on him when he first heard it on his 15th birthday.  His grandparents took him to see the movie Blackboard Jungle in a theater then while he was recovering from tuberculosis.

Starr recalls that when the song came on, the audience “ripped up the cinema!!! They just threw the chairs and went crazy. I thought, ‘WOW this is great!’ I remember that moment like it was yesterday, it was incredible. And the song just rocks.”

“Rock Around the Clock” is one of four songs featured on Change the World, along with “Let’s Change the World,” “Coming Undone” and “Just That Way.” The EP is available now on CD, cassette and digitally. A 10-inch vinyl version will be released on November 16, and can be pre-ordered now.