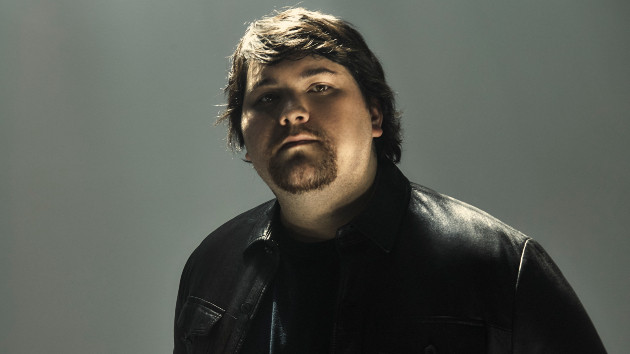 Hey, Dave Grohl, another rocker needs to use your throne.

On Wednesday, Wolfgang Van Halen revealed that he’d sprained his ankle after he “ate s*** walking off the bus” while on tour with his Mammoth WVH solo band. He also shared a photo of the boot he was to wear for the next month or so, adding that he was going to be “Dave Grohl-ing” it for Mammoth’s show Hunstville, Alabama, last night.

Grohl, of course, broke his leg after falling off the stage during a 2015 concert. For the Foo Fighters tour later that year, he sat on a giant, guitar-adorned throne while his leg healed.

Following the Huntsville concert, Wolf posted photos of him playing the show while sitting on a much more humble stool.

“Welp…Never done that before, but we pulled it off!” Wolf wrote in the caption. “Thanks to Huntsville for making it such a special show!”

Mammoth’s tour continues Thursday in Knoxville, Tennessee. They’ll also be playing this weekend’s Shaky Knees festival in Atlanta along with Foo Fighters, so maybe Grohl can bring the throne then.

Grohl previously lent the throne to Axl Rose to use after he broke his foot in 2016. Just last month, Grohl sent it to Darin Wall, the bassist for the Seattle-based metal band Greyhawk, who was recovering from being shot in the leg while defending others from a gunman outside an Idaho music venue.