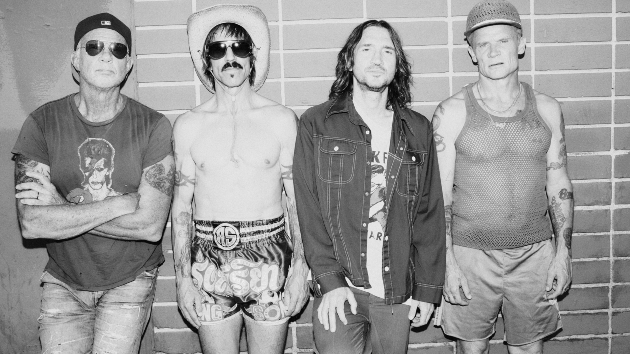 “We’ve played stadiums in Europe before,” Smith shares. “Live Nation was really confident that we could [headline U.S. stadiums], and we’d never done it.”

Any anxiety that Smith and the rest of the Peppers might feel, though, will apparently be channeled into their performance.

“We’ll literally have our balls out,” he laughs. “No one wants to see that! Old balls!”

Beyond the prospect of whatever that entails, the Peppers tour features the reunion of the band’s classic lineup now that guitarist John Frusciante‘s back in the fold. Frusciante, who played on beloved RHCP albums including Blood Sugar Sex Magik, Californication and Stadium Arcadium, rejoined the band at the end of 2019 after previously leaving 10 years earlier.

“I know there’s gonna be people [attending the tour], even Chili Peppers fans, that have never seen this lineup,” Smith says. “We’ve written some of our best songs with these these four guys, and we do have something special.”

“It will be really exciting, and I see us not taking that for granted at all,” he adds. “As you get a little bit older, you appreciate it more. It’ll be a real joyful thing.”