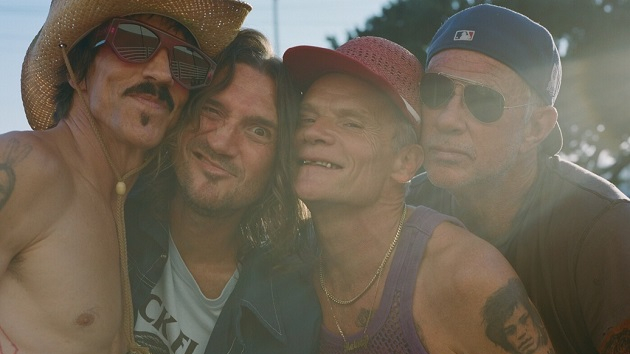 Red Hot Chili Peppers might have some new music to play on their 2022 worldwide tour.

As drummer Chad Smith tells Rolling Stone, the band’s next record, their first with guitarist John Frusciante back in the fold since 2006’s Stadium Arcadium, is “almost done.” The album also reunites the Peppers with longtime producer Rick Rubin, who was absent from 2016’s The Getaway after working on every RHCP album from 1991’s Blood Sugar Sex Magik through 2011’s I’m with You.

Smith explains that work started on the new album amid the beginning of the COVID-19 pandemic, during which they isolated themselves together and started writing.

“We could just plow through and write, and that’s what we did,” Smith shares. “It was kind of a blessing, because we want to come out with new music and play some new songs. It’s gonna be great when we finally go out next year and have a record to play, and a bunch of other stuff, obviously.”

As for what we can expect from the album, Smith teases, “It sounds like Red Hot Chili Peppers, but it’s different and new.”

He adds, “We really like it and we’re proud of it and it has to start there. If other people like it, great. If people compare it to this or [say] it doesn’t sound like that, we have no control over that. But yeah, we’re all really happy with the record.”

Red Hot Chili Peppers’ 2022 tour begins with a European run in June. It’ll launch in the U.S. in July.