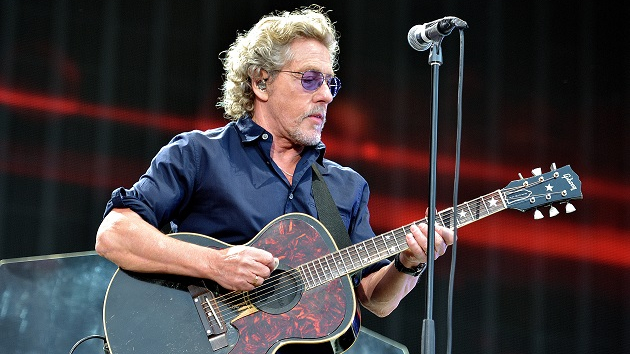 Who frontman Roger Daltrey will kick off a U.K. solo trek next month, but the singer’s famous band hasn’t announced when it will return to the road after canceling its touring plans because of the COVID-19 pandemic.

Now, in a new Rolling Stone interview, the 77-year-old rock legend reports that The Who will resume touring at “the end of next March and April.”

Daltrey says his solo outing will help keep his voice in shape for the next Who trek.

“If I don’t sing between now and then, I don’t know whether I will be able to do it then,” he maintains.

This past August marked the 50th anniversary of The Who’s classic albums Who’s Next, but Daltrey says the band has no plans to commemorate the milestone by playing the record in its entirety during the next tour.

“I don’t see the point. Who’s Next is a great album, but it’s best left as a great album,” Roger says. “The show we’ve got with the orchestra is fantastic, and the Who’s catalog has so much varied stuff that makes it better than just listening to Who’s Next.”

Meanwhile, the postponement of The Who’s tour has negatively impacted the amount of money the group has been able to raise for the Teen Cancer America charity that Daltrey and band mate Pete Townshend co-founded.

On a positive note, Daltrey is helping to promote a new TCA initiative, The Real Me podcast, which features adolescent and young adult cancer patients presenting songs they’ve written and recorded, and also discussing their experiences with the disease.

The Who have licensed their song “The Real Me” for use as the theme of the podcast, which premieres Tuesday, October 5, via various streaming services. Visit TeenCancerAmerica.org for more information.