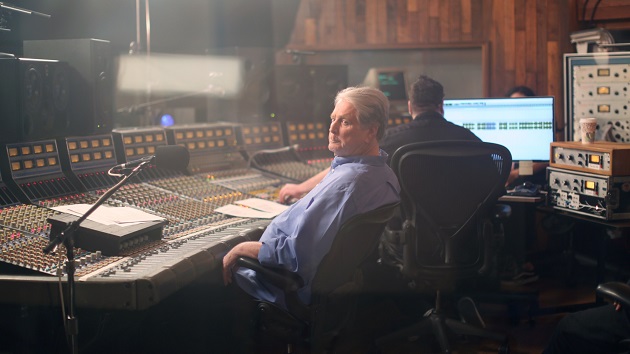 The recent Brian Wilson documentary Brian Wilson: Long Promised Road, which got its world premiere in June at New York City’s Tribeca Film Festival, will get its theatrical release and will debut on video-on-demand in November.

In addition, the documentary features concert and in-studio footage, and includes a new song titled “Right Where I Belong” that Brian co-wrote and recorded with Jim James specifically for the movie.

“As a lifelong fan, I knew this film would have to take some risks to give us insight into Brian’s complex world,” says Long Promised Road director Brent Wilson — no relation to Brian.

According to Deadline, the Screen Media company, which acquired the distribution rights for Long Promised Road, is planning an Oscar campaign that it hopes will include securing a best original song nomination for “Right Where I Belong.”

Meanwhile, Wilson recently announced plans to release a new instrumental album titled At My Piano that features solo piano versions of many classic Beach Boys songs. The album is due out on November 19, and can be pre-ordered now.

A solo rendition of “God Only Knows” from the record has been released as an advance digital track.

Here’s the full track list of At My Piano:

“God Only Knows”
“In My Room”
“Don’t Worry Baby”
“California Girls”
“The Warmth of the Sun”
“Wouldn’t It Be Nice”
“You Still Believe in Me”
“I Just Wasn’t Made for These Times”
“Sketches of Smile”
“Surf’s Up”
“Friends”
“Till I Die”
“Love and Mercy”
“Mt. Vernon Farewell”
“Good Vibrations”