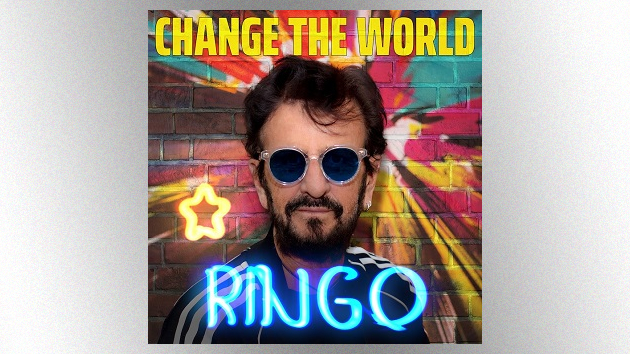 During a Zoom press conference this week promoting Change the World, Starr explained that he hoped the EP would bring his fans “joy.” He also noted that the record’s lead track, “Let’s Change the World,” offers an important message regarding climate change and pollution.

Reflecting on the song, which was written by Toto‘s Joseph Williams and Steve Lukather, Ringo maintained, “[H]alf the world’s on fire, half of it’s under water and [politicians are] still wondering, ‘Well, we can’t do that’…And I think we have to do a lot. So I’d like to change the world for the kids.”

“I got [a] real bass player and guitar from Jamaica playing on it…which gives it more force,” Ringo said. “And for me, it’s so great, ’cause I get to play with those guys.”

Track three is the country-influenced “Coming Undone,” which was penned by hit-making songwriter/producer Linda Perry. The song features contributions from acclaimed New Orleans musician Trombone Shorty, who added a brass section that, according to Starr, completely transformed the tune.

The EP finishes with a cover of one of Ringo’s favorite early rock ‘n’ roll tunes, “Rock Around the Clock.”

The track features a guitar solo by Starr’s brother-in-law, Joe Walsh, that Ringo said not only “rocked” but was different than any solo he’s heard on other versions of the tune.