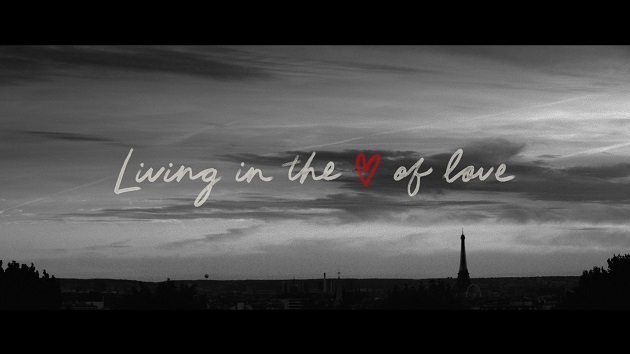 The Rolling Stones have premiered an official music video for “Living in the Heart of Love,” a recently released archival track that also will appear on the upcoming deluxe 40th anniversary issue of the band’s 1981 album, Tattoo You.

The clip, which you can check out now at The Stones’ official YouTube channel, was shot in Paris and was directed by veteran video director Charles Mehling.

The video follows and young French woman and her friends as they enjoy an evening in Paris filled with partying, bar-hopping and romance. Scenes from an archival Rolling Stones music video pop up in the clip, as various people are shown watching the band on a laptop. The “Living in the Heart of Love” video ends with a brief tribute to late Stones drummer Charlie Watts, with a message reading “Charlie is my darling” appearing on screen during the final scene.

Charlie Is My Darling is the title of an unreleased 1966 documentary about The Stones, a restored version of which came out in 2012.

“Living in the Heart of Love” is one of nine previously unreleased bonus tracks originally recorded around the time of Tattoo You that will be featured on the expanded reissue, which is due out October 22. The rollicking rock tune currently is available as a digital single and via streaming services.

As previously reported, the Super Deluxe edition of the Tattoo You reissue will be available as either a four-CD or five-LP vinyl set. It includes a newly mastered version of the original album, the nine unreleased tracks, and a two-disc live collection dubbed Still Life: Wembley Stadium 1982, featuring a 26-song performance The Stones gave at the famed London venue in June ’82.

You can pre-order the Tattoo You reissue now.