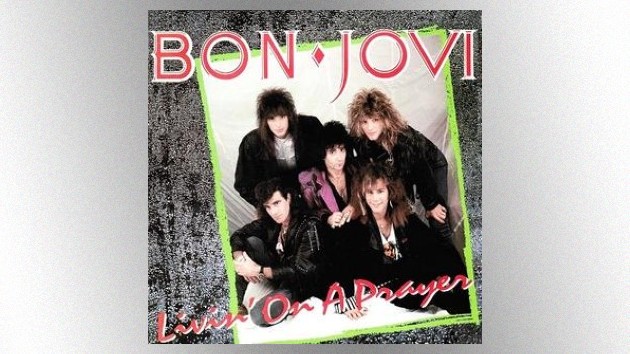 Jon Bon Jovi and Richie Sambora may no longer be band mates, but the songs they wrote together will live forever.  That’s why the U.K.’s prestigious Ivor Novello Awards have honored both of them this year.

Jon and Richie were jointly honored with the Special International Award at the ceremony, held Tuesday in London, though only Sambora showed up to accept.  The songwriting honor came in recognition of the global anthems the two musicians crafted, including “Livin’ on a Prayer,” “You Give Love a Bad Name” and “Wanted Dead or Alive.”

At the ceremony, Sambora spoke with Sky News.about the importance of songwriting. “Everybody needs a great song so they can go out and play live to the people and entertain and do that; you need a great song, something that touches somebody in the heart,” he said. “You know, ‘Livin’ on a Prayer,’ part of that song is something that happened to me — my Uncle Sal got laid off at the docks, my dad was laid off — so there’s a time period of authenticity of a story.”

“And I think that’s what we’re here to celebrate, all the girls and guys and men and women that try real hard with a lot of courage,” Sambora added. “Because songwriting is harder than it looks.”

Other winners at the ceremony included Tears for Fears duo Roland Orzabal and Curt Smith. They were honored with the Outstanding Song Collection award for their catalog of hits, including “Everybody Wants to Rule the World,” “Sowing the Seeds of Love,” and “Shout.”