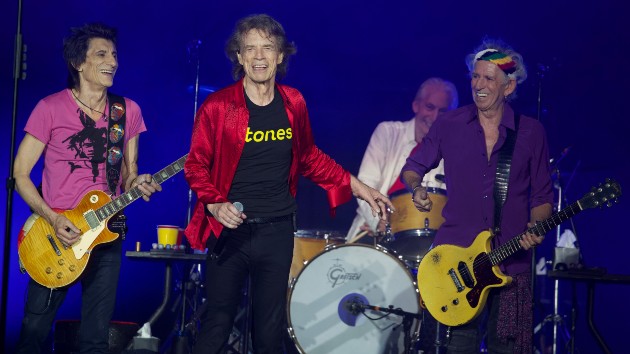 A series of videos uploaded to YouTube Tuesday morning shows the Rolling Stones performing their first concert since 2019, and their first show without late drummer Charlie Watts.

According to the Boston Globe, the band performed Monday night at a private concert hosted by Patriots owner Robert Kraft at Gillette Stadium, in Foxborough, MA.

The Globe reports that Mick Jagger and Keith Richards told the crowd of 300 people that they were dedicating the performance, and their upcoming tour, to Watts, who died August 24 at age 80.  Veteran drummer Steve Jordan was behind the kit last night, and will be for the tour.

The set list for the invite-only show featured 15 songs, including classics like “Under My Thumb,” “Tumbling Dice,” “Gimme Shelter,” “Start Me Up,” “Miss You,” “Jumpin’ Jack Flash” and “(I Can’t Get No ) Satisfaction.”

The Stones officially kick off their No Filter 2021 tour Sunday in St. Louis.