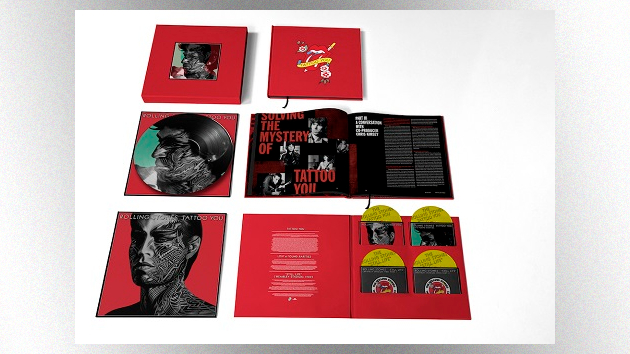 The Rolling Stones may have just lost their legendary drummer, Charlie Watts, but they’re moving forward.   On Wednesday at 1 p.m. ET, they’re apparently releasing a video for “Living in the Heart of Love,” one of the previously unreleased tracks that will appear on the 40th Anniversary Edition of Tattoo You.

The band announced the video on social media, adding the tagline, “Charlie is my darling.”  That’s the title of a 1966 documentary about the Stones that was never released, due to legal issues and the fact that all the prints of the film were stolen from their then-manager Andrew Loog Oldham‘s office.  In 2012, a new film with restored footage called Charlie Is My Darling — Ireland 1965 was released.

The Stones posted a black-and-white clip of the video, which incorporates archival footage of Mick Jagger, Keith Richards and Watts in the Tattoo You era, along with new shots of young people dancing and making out, as well as a Stones record spinning on a turntable.

The video clip ends with the words “Charlie is my darling.”

The Stones’ tour kicks off September 26 in St. Louis, MO.