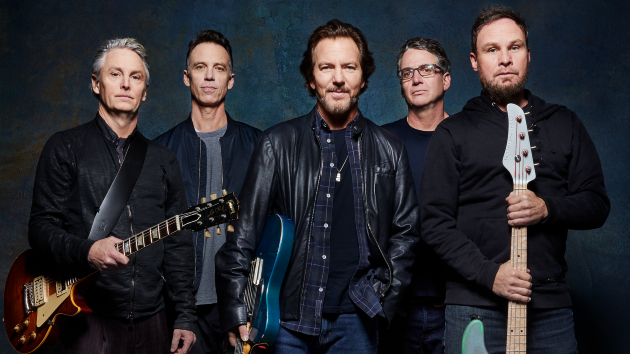 Over the weekend, Pearl Jam played their first full live show in three years at the Sea.Hear.Now Festival in New Jersey. Not only did it give the grunge icons their first chance to debut new songs from their 2020 album Gigaton, the set allowed them to introduce the newest member of their touring band: ex-Red Hot Chili Peppers guitarist Josh Klinghoffer.

“We started working with [Klinghoffer] to…fill out some of the new songs…covering all the basses and filling in some of the words,” frontman Eddie Vedder told the crowd. Throughout the show, Klinghoffer played guitar, drums and piano.

You can watch fan-shot footage of Vedder’s introduction streaming now on YouTube.

Klinghoffer’s addition to the PJ lineup isn’t totally unexpected — he previously joined them for a virtual performance of the Gigaton single “Dance of the Clairvoyants” last year, and played in Vedder’s solo band during the VAX LIVE special this past May. He as also set to open for Pearl Jam during their 2020 tour with his solo project, Pluralone, before the outing was postponed due to the COVID-19 pandemic.

The Pearl Jam gig comes after Klinghoffer parted ways with Chili Peppers in 2019 when longtime guitarist John Frusciante rejoined the band. He’d played with them for 10 years.