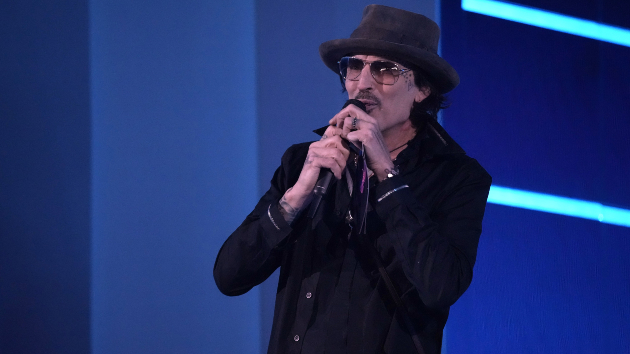 The Falcon and the Winter Soldier‘s Sebastian Stan plays Tommy Lee in the upcoming Hulu limited series Pam & Tommy, and the Mötley Crüe drummer is pleased with the casting.

“I know Sebastian, he’s playing me.  From what he’s told me, [it’s a] really beautiful story,” Lee tells Entertainment Tonight.  “I think a lot of people would think it’s one thing, but it’s really about privacy and how things got crazy then.  There’s different laws now.”

Pam & Tommy chronicles Anderson and Lee’s tumultuous romance, including their 1995 wedding on the beach in Mexico after knowing each other for only 96 hours, and the private sex tape from their honeymoon that was made public and watched by millions without their consent.

Lee was previously portrayed by Machine Gun Kelly in the 2019 Crüe biopic The Dirt.